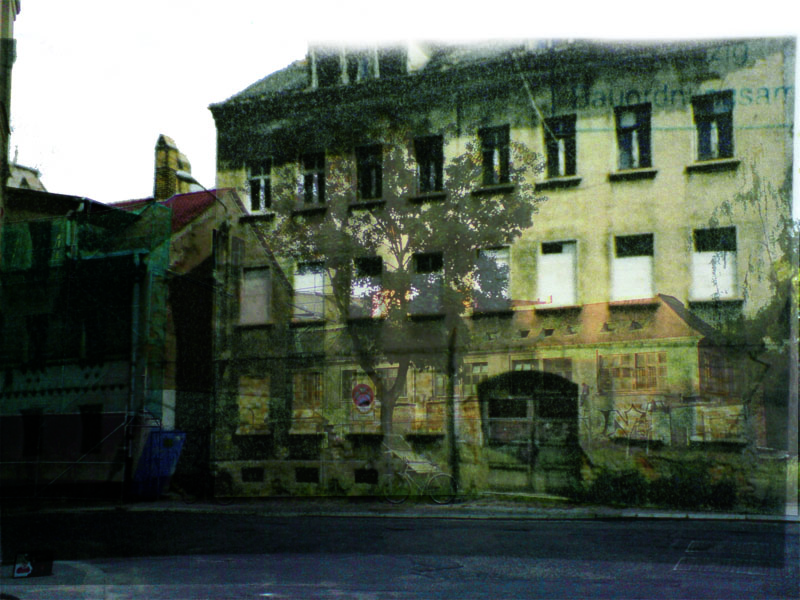 In the time before the National Socialism Leipzig was one of the centesrs of jewish life. Disappropriation, deportation and Holocaust have removed this part of society. The emerging gap continues till now. The Josephstreet 7 is such a gap – a participative memorial space, that commemorates, initiates and points to continuities to the present. The families Reiter and Lotrowsky lived in the Josephstreet 7. Isidor Reiter operated  a horsehair sorting institution. On october 28th 1938 he and his family was deported to Poland with several thousand other jews from Leipzig. Isidor Reiter was murdered there later on from Nazis. Ida Jetty Lotrowsky was deported to Riga on January the 21st 1942 and remained missing there. The daughter of Isidor Reiter – Amalia Schinagel – could emigrate to New York, where she lived till the end of the 1990ies. As the lawful heiress she received the house, which had become uninhabatable in the meantime , in the 1991. She didn’t have an interest to move back to germany. Noone wanted to buy the House in the Josephstreet 7, which derelicted further. 1998 the city of Leipzig demanded taxes from her. In 2006, after the approval of the legal represntative of family Reiter, the house was demolished. The demolition costs and tax demands summed upt to about 40.000 Euro, which the city of Leipzig tried to get at least partially through a compulsory auction of the property. The letter of Amalia Schinagel, the daughter of the deported Isidor Reiter, made interested people aware about the history of Josephstreet 7 and was finally decisive for the idea, to install a memorial space on this property.